Back when there were only a few bitcoin exchanges (and very few alt-coin exchanges - i.e. exchanges for Litecoin, Namecoin, ect) Btc-e.com was one of the most reliable and most fun places to trade. Much of this was thanks to the chat window on the front page of the exchange and there would inevitably be manipulations, drama, and pump and dumps going on in this unregulated market, all of which was reflected in what people were talking about in the chat. Of course this chat window came to be known as “The Trollbox”. Hence “The Trollbox Archive”.

Around this time (2013) I went in on a venture with a couple of other bitcoin enthusiasts that we called “Coincepts Technologies”. We created a couple of bitcoin related websites and most of them were utilities to help miners of both bitcoin and scrypt based alt-coins. For example, one enabled you to build a computer with drop down boxes and calculate how many coins per month you could mine with it, it was an affiliates site. Separately around this time, I also created an iOS app called “Cryptoticker” that pulled data on alt-coins from several exchanges.

One of these websites that we created was trollboxarchive.com. The site screen scraped the chat logs from btc-e.com as well as the price data, and I then made the data searchable and threw the website together in about a week or two (I wrote in more detail here about how it evolved over time). It was pretty fun to build, and the site was getting a lot of traffic. Long story short, there isn’t much traffic anymore probably for numerous reasons.

Where did all of the traffic go?

Its deeply satisfying to see the 1 million pageviews number over the 3 years the site has been up. The highest month was around 60k pageviews, but recently it has been 1k to 2k pageviews per month. Previously, the costs were paid by advertisers (usually mining pools), or advertisements to our own affiliate sites, but now there just isn’t enough traffic to do that. I did try to monetize the site with adsense (and to do that, unfortunately, I had to filter all of the charming profanity people love to use in the chat window) but it still only made about $40 all year. With the server at $80 / year and the domain renewal fees, and having to deal with backups and security updates, I figured it is time just to let it die, thus I am not going to renew my VPS this year on 12/27/2016.

I also just want to note here based on people emailing me that the expense alone is not a big deal. If I was still interested in the project I would not mind spending a little bit of money on the site. However with the site not being profitable, taking up too much time to maintain, and finally me just not being interested in keeping it going, it didn’t make a lot of sense to spend my time keeping it running when I have many other projects to work on.

A year or two ago Btc-e.com instituted a policy where you had to have $100 in your account to chat. That pretty quickly killed the community of people chatting, then they raised this to $1000 later, which further diminished the activity. At the same time, interest in cryptocurrency is not a the fever pitch that it once was. Check this google trends chart if you don’t believe me: 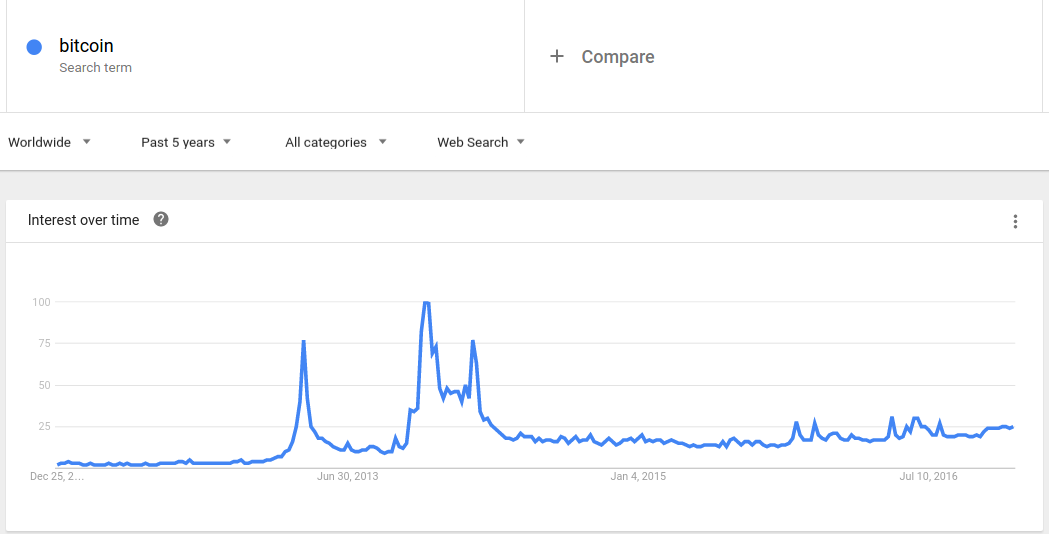 Additionally, you can see interest in the btc-e.com exchange has fallen precipitously too, whether that is due to other exchanges, or overall cryptocurrency interest is up to you to judge. 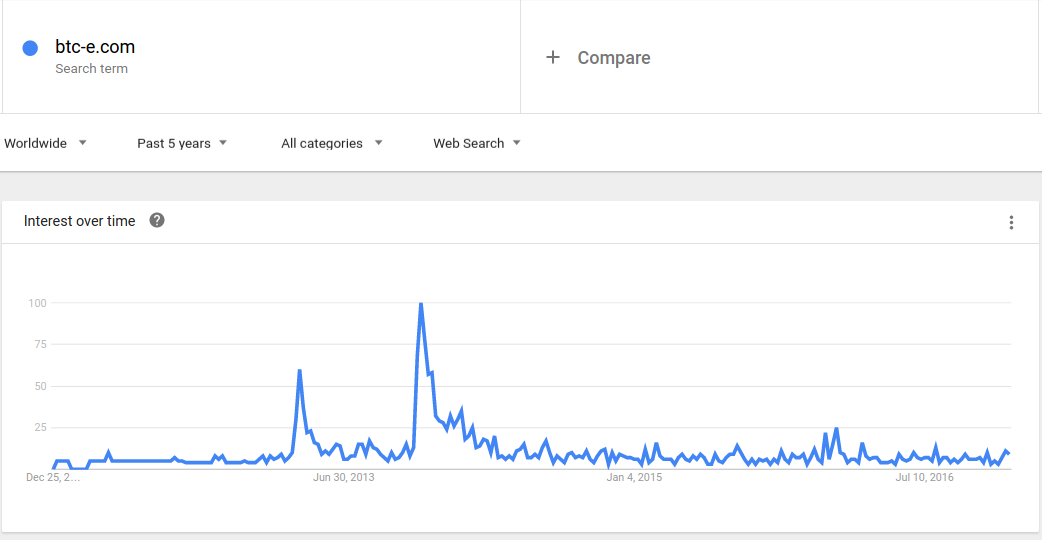 We went through a couple of logos and color schemes. My favorite tagline was “Where 4chan meets wallstreet”, which I think was a clever remark someone must have made in The Trollbox itself at some point. So most of the logos ended up with that phrase in them. At some point John (from Coincepts, who came up with the TBA idea to begin with) drew a troll in a box and that became the new logo, which we kept until the site shut down.

If you ever used the site, I just want to say thanks. Running this site over the last three years helped me learn a lot as a software developer. I picked up so many skills that the entire endeavor been invaluable to me even if it was never truly profitable for me to run from a time standpoint.

I remember when I first started building the site it would crash often. Honestly, at that point I was pretty green as a developer and I ended up learning tons of tools to make the site and underlying systems more efficient and handle the data and traffic. I often solved these issues slowly and painfully, especially the fulltext search.

Eventually I ended up with a system running Ubuntu server edition, Node.js, Sphinx, MariaDB, Nginx, cloudflare, and memcached for some cache help. While originally I started with a basic LAMP stack.

Oh man, the trollbox. I miss the days before the $100 minimum for chat when the trollbox was the wild west of cryptocurrency. Now that the “good old days” of the unrestricted chat are over, it is time to turn out the lights and close down TBA for good. We’ve had a crazy three and a half years with all of you, through ups and downs and all the long stagnant inbetween times. I’ve met some cool people chatting in the trollbox, made a few friends along the way as well. “Hell, I even met my wife in the trollbox!” … is something that you’d read on the trollbox. Thanks for all the time, energy and support you guys have given us over the years. A very special thanks to my partner in all of this, Aaron, who really took an intangible cluster of ideas I had and made this out of it all. Also for all the others who have contributed like StupidGoat and the administration at BTC-E. For anyone who donated, we stuck around this long in part from your support.

Find us in the future and go see a Star Wars.