For the past six or seven years I have accidentally been doing an experiment. While in my junior and senior year in college (I was doing a chemistry degree) I made a YouTube channel on a fairly obscure chemistry topic that only upper level chemistry students take. The videos immediately started to get views since nobody else bothered to make videos on this topic and ever since I uploaded the initial videos (about 25 in total) I have not touched the account (I have not uploaded more videos).

So the content of the channel was held constant for this whole time. Additionally I never tried to promote this channel or do advertising because I just didn’t care about it that much. I wanted to help some people that struggled with the topic and the revenue never amounted to more than about a $100 per year in ads so I essentially abandoned it.

The analytics chart for the lifetime of the channel is below. You should be able to see that views per day has remained relatively constant (though cyclical due to the schedule of university classes) but average view duration has steadily dropped. 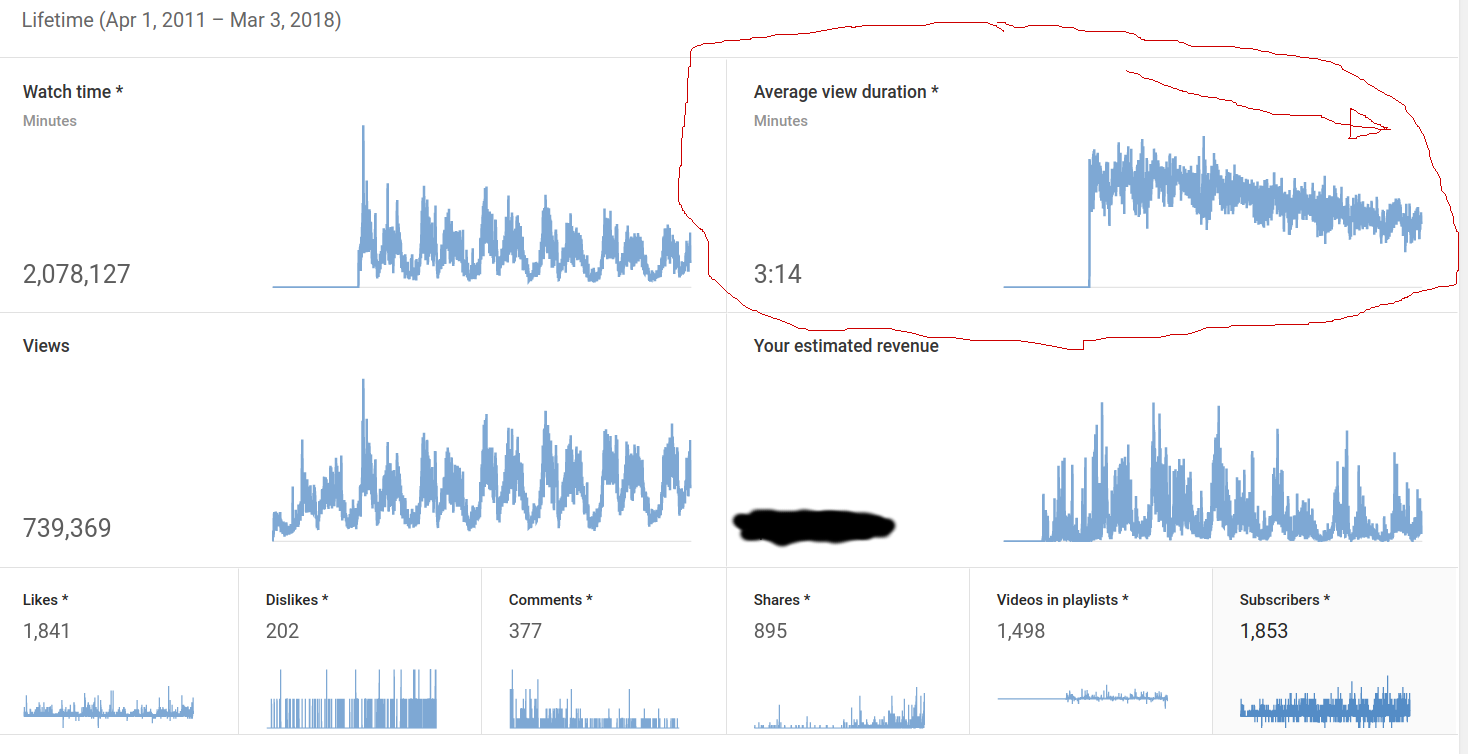 Why else could it be occurring?

I don’t claim that this is conclusive, or that there are not other variables at play here, but the data is interesting to look at. Obviously YouTube itself has changed a lot. YouTube has increased the overall number of advertisements over the years. They have probably gotten better putting more relevant related videos that catch your attention, which causes people to click away. Maybe there is much more bot traffic now. But I think the decreasing average view duration is very large.

I blacked out the revenue number because I believe it is against TOS to share the number, but obviously you can guess by the viewcount that it is not a large number.

I would like to see the data for other channels to see if anyone else is observing this trend. Also it is interesting to note that there are more likes, dislikes, shares and fewer comments over the years. If you are willing to share your channel data if you have a similar account please share it!

I wrote this blog post more than a year ago so I decided to check back. It looks like you can still see the trend but maybe things have leveled off a little bit? The UI has changed in YouTube studio analytics, but the same lifetime average view duration chart is still available.