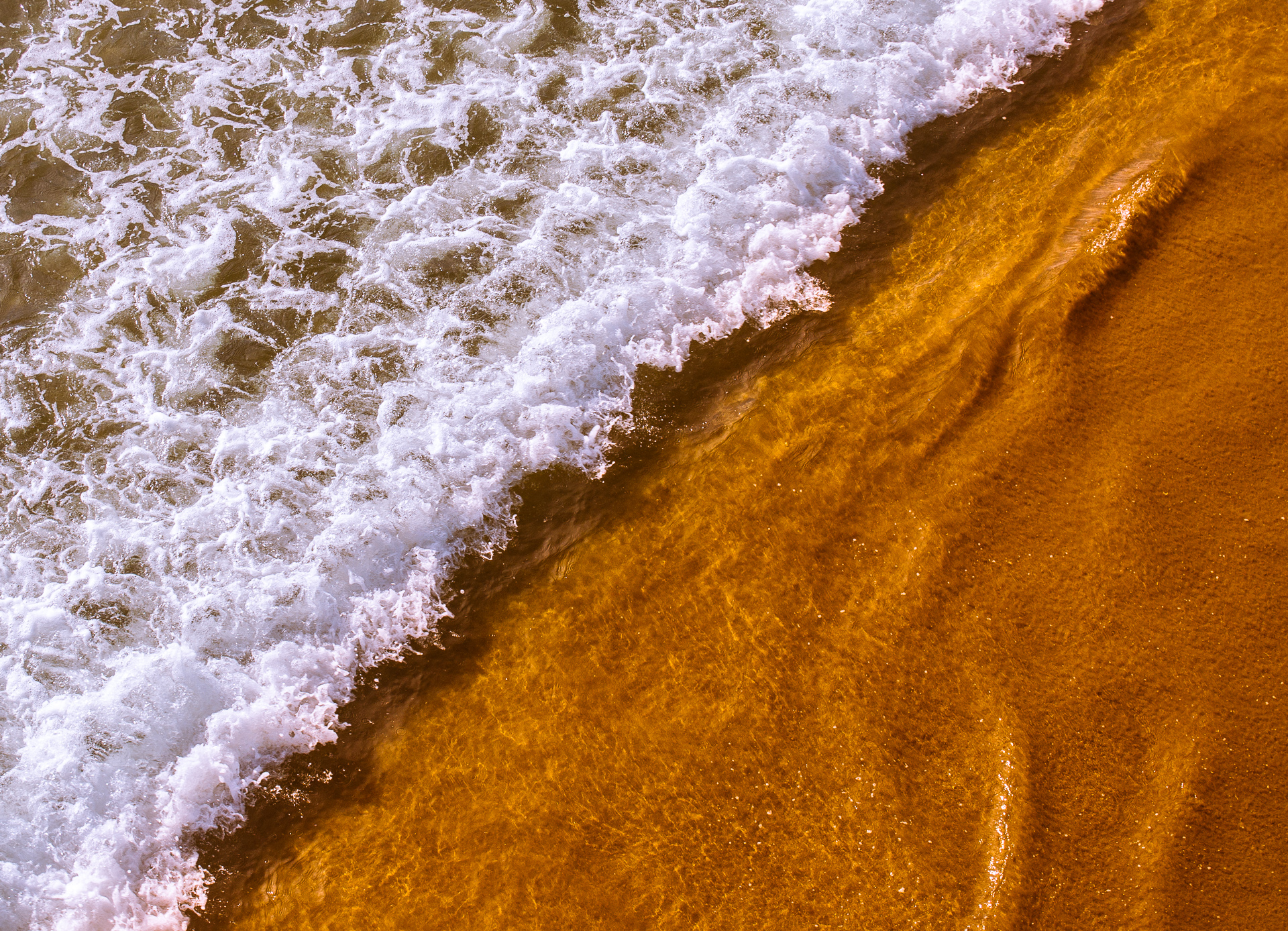 What is Sentiment and how can I correlate it with bitcoin prices?

I have been wanting to write about this for a long time. I have several years worth of chat logs from the “x” bitcoin exchange, as well as price data, and I want to try to see if they correlate.

I have all this data due to running The Trollbox Archive since about 2013. The “trollbox” is what the chat window on the “x” exchange is affectionately referred to by regulars, however I have ceased to be regular, and never traded very actively begin with, though I did a lot of mining back when solo miners could do it profitably.

I have long suspected that you could predict when a given cryptocurrency will sell off or rise steeply by watching the chatter in the chatbox, but I have not been able to prove it. At one point I even had some queries running to pull out counts of the word “sell” and “buy” and plot it on a graph vs price, but at best I found only a lagging indicator. Check out the (old) charts below for examples.

I have been frustrated by not being able to explore this unique opportunity more thoroughly, because I have strong gut feeling that it should be possible to find some leading indicator of price change. There must be some way to predict prices just by listening to and analyzing what people are saying in aggregate.

I just started studying neural networks recently, which I am going to use to tackle this problem, so now is the perfect time.

I have been working on a dataset of rotten tomatoes reviews with a group at work. The inputs into the neural network are the words of the reviews, and the outputs for training the network are the discreet ratings of 1-5 stars for the movie.

Similarly I think you could break down price change deltas (e.g. maybe like: -3%, -1%, 0%, +1%, +3%) of given price change over the next 1 minute from when words were chatted. From this you may be able to train a network to find a leading indicator. Once you do that, you can trade profitably on that information.

What I was doing before

So, previously, I was doing some pretty simple things with buy vs sell sentiment and trying to graph the quantity of mentions of the word “btc” with the price. Here are some examples: 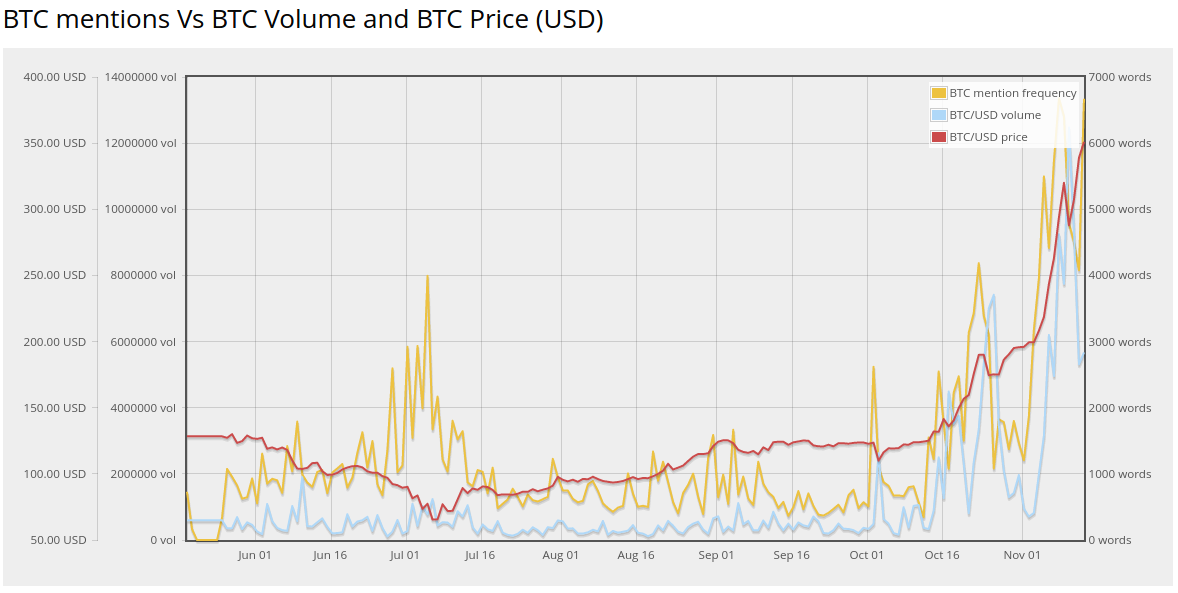 Here is the same chart with Litecoin: 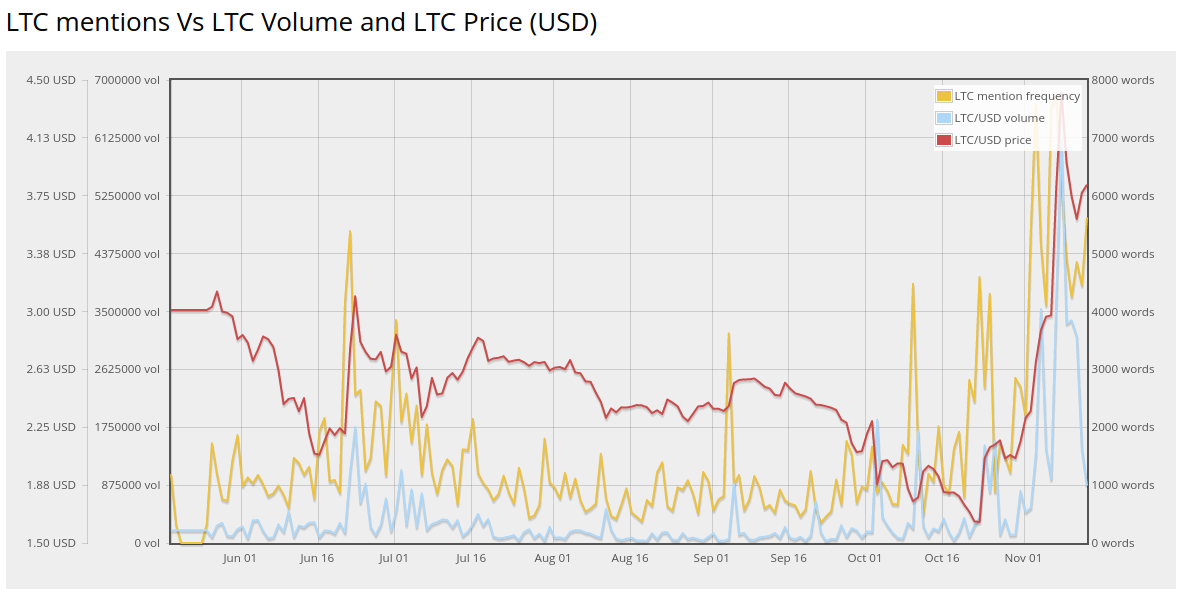 I did one more where I printed the ratio of Btc price vs LTc Price: 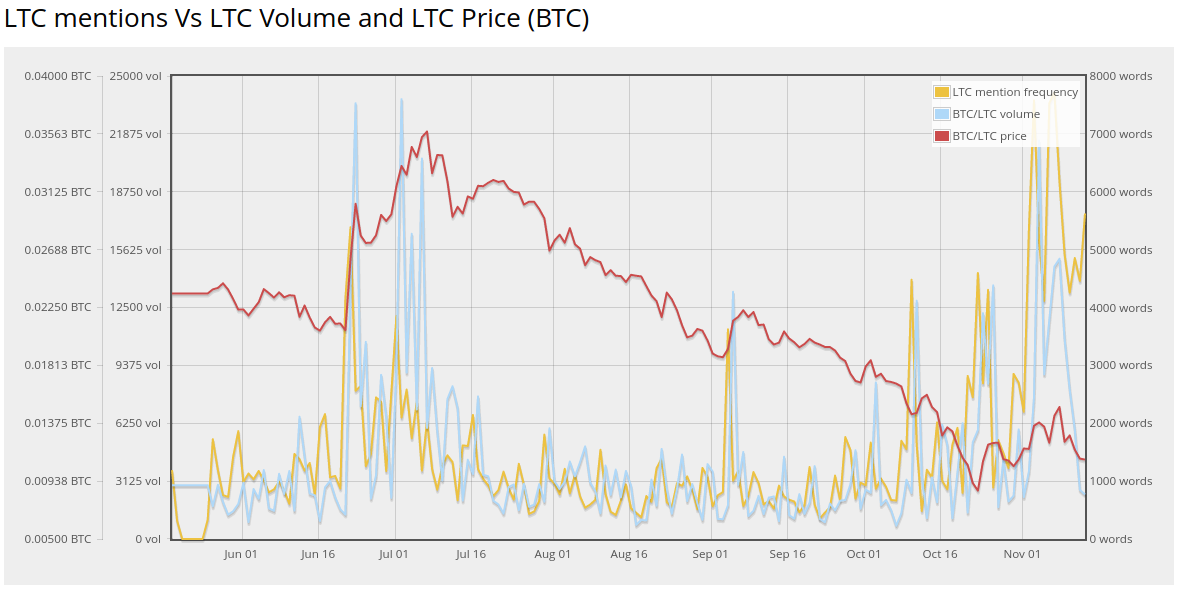 Lastly, I made a table where I tried to find the Buy vs Sell frequency ratio in mentions.