Concerned about the world? Ask GPT-3!

Let’s be honest: things are looking somewhat bleak right now. I decided to summarize the state of things and ask the Davinci-002 model that OpenAI has available through their API.

This is the most advanced GPT-3 model they have commercially avaialble. You can give it “prompts” for the completion API to respond to.

Currently there are a lot of concerning changes going on in the world. Inflation is at a 40 year high. There is a war in Europe going on between Russia and Ukraine. China seems to be preparing for war and going through economic turnmoil. There are shortages of food developing all around the world. The price of oil is very high and it is starting to impact the cost of shipping goods. There are still shortages of computer chips that don’t appear to be subsiding. Violent crime has almost doubled in the last two years in many US cities. The pandemic that spanned the last two years seems to be subsiding but in it’s wake there has been much political turmoil and many deaths. And to top it all off, the stock market has just entered a bear market as the Federal Reserve has started to increase interest rates. One bright spot however, is that advances in AI technology seem to be accelerating.

Based on current trends, what will next year look like? What should we do to prepare? 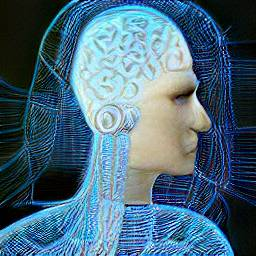 You can ask for multiple responses, I gave it “temperature” of 1 which means it has the most leeway to be “creative” in it’s responses. I asked for 3 responses.

I’ll leave these without my own comment, other than to say that I should not have used the word “prepare” or asked that 2nd question. I’ll change this to make it more clear I’m asking for a prediction specifically. But these were still interesting, so I wanted to include them.

here is what the computer god GPT-3 had to say:

It is difficult to predict exactly what will happen in the next year, but there are some steps that we can take to prepare for potential challenges.

There is no easy answer to what next year will look like. The world is in a state of flux and it is hard to predict what will happen. However, there are some steps that people can take to prepare for the future. 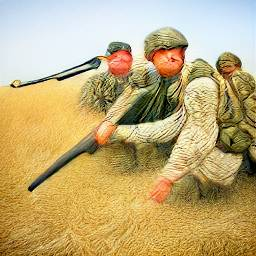 Inflation will likely continue to be a concern next year. The war in Europe could escalate, and China may become more aggressive. There could be more food shortages as the price of food continues to rise. Oil prices may also continue to rise, which could lead to higher shipping costs and inflation. Violent crime may continue to increase in some US cities. The stock market may remain volatile as the Federal Reserve continues to raise interest rates. However, advances in AI technology are expected to continue, which could bring some positive changes.

I changed the question part of the prompt to be:

Based on current trends, what will next year look like? What are your predictions about the future?

It only came back with one response this time and it was:

Much less interesting response here in that it basically summarized everything I wrote and it just said that everything happening will keep happening. So maybe the first one was way better.

I think some of the issue is that question did not give enough room for an interesting response.

What if we ask it to tell as story about next year?

Tell me a story

The thing that has been so fascinating to me about both GPT-3 and Dall-e is that they are machine learning systems capable of producing believable & “creative” art, something I would have expected to be one of the least effective applications of machine learning. Reality however, is often stranger than fiction. I continue to update my priors.

Yet again I kept the same summary of current events but I changed the question to be this:

Based on this information tell me a story about what life is like next year for a man living in Los Angeles, California.

The man living in Los Angeles, California wakes up one day to find that the world has changed overnight. Inflation has sky-rocketed, the price of basic necessities have doubled or tripled, and the stock market has crashed. The man is suddenly struggling to make ends meet, and he starts to notice the effects of the war in Europe and the tension between China and the US. He hears about food shortages and riots in other parts of the world, and he starts to worry about the safety of his family. The man begins to feel like he is living in a dystopian nightmare, and he is not sure how much longer he can survive.

John is a man who lives in Los Angeles, California. He is 38 years old and is married with two young children. He works as an engineer for a large company. Things have been tough for John over the last year. Inflation has been high, and his company has been struggling to keep up with the rising costs of doing business. The war in Europe has been a cause for concern, and he has been worried about the possibility of China becoming involved in a conflict. There have been shortages of food all around the world, and the price of oil has been causing the cost of shipping goods to increase. Violent crime has nearly doubled in Los Angeles over the last year, and the pandemic has claimed the lives of several of John’s friends and family members. Despite all of these challenges, John has been able to maintain his job and provide for his family. He is hopeful that things will improve in the coming year. 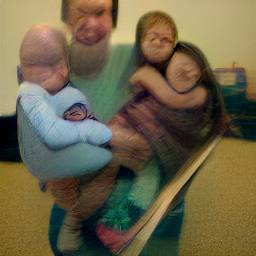 This is entertaining, I can’t resist keeping this going:

Based on this background, write a story about a woman name Jennifer who lives in London and works in logistics.

Jennifer was having a typical day at work when she got a call from her husband. He was frantically telling her that there was a war going on in Europe and that they needed to get out of London immediately. She could tell that he was really upset and scared. She grabbed her things and ran to his office to get him. They rushed home and packed a few bags with clothes and food. They knew they had to leave quickly so they didn’t have time to grab much. They got in the car and started to drive.

They were worried about the roads being blocked or dangerous so they took back roads. They saw some military vehicles but they didn’t stop. They drove for hours and finally made it to the coast. They got on a ferry and were able to get away from London. They didn’t know what was going to happen next but they were just happy to be alive. 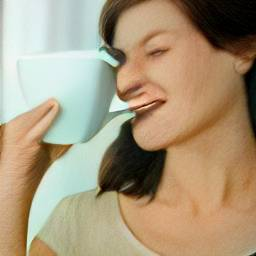 Jennifer was having a cup of tea and thinking about the state of the world. She was worried about the increasing violence and unrest. She was also concerned about the high prices of food and other commodities. And she was especially worried about the stock market. She worked in logistics and she knew that if the market continued to fall, it would impact her job. She decided to take a walk to clear her head.

As she walked, she thought about her life. She had a good life. She had a nice home and a good job. But she wasn’t happy. She was lonely. She had been married but her husband had died several years ago. She had no children. And she didn’t have any close friends. She was happy for her tea and her pork chops, but she wanted more out of life.

Suddenly, she heard a noise. It sounded like a gunshot. She turned to see a man in a ski mask running towards her. He was carrying a gun. Jennifer felt frozen in fear. She was going to die.

Suddenly, the man was tackled by someone. Jennifer saw that it was a police officer. The officer handcuffed the man and then helped Jennifer to her feet.

Jennifer was shaken but she was alive. She realized that she had been given a second chance. She decided to make the most of it. She decided to live her life to the fullest from now on.

Okay you get the gist, we are in a thriller now but it has a happy ending. That’s what I’m taking away from this whole thing.