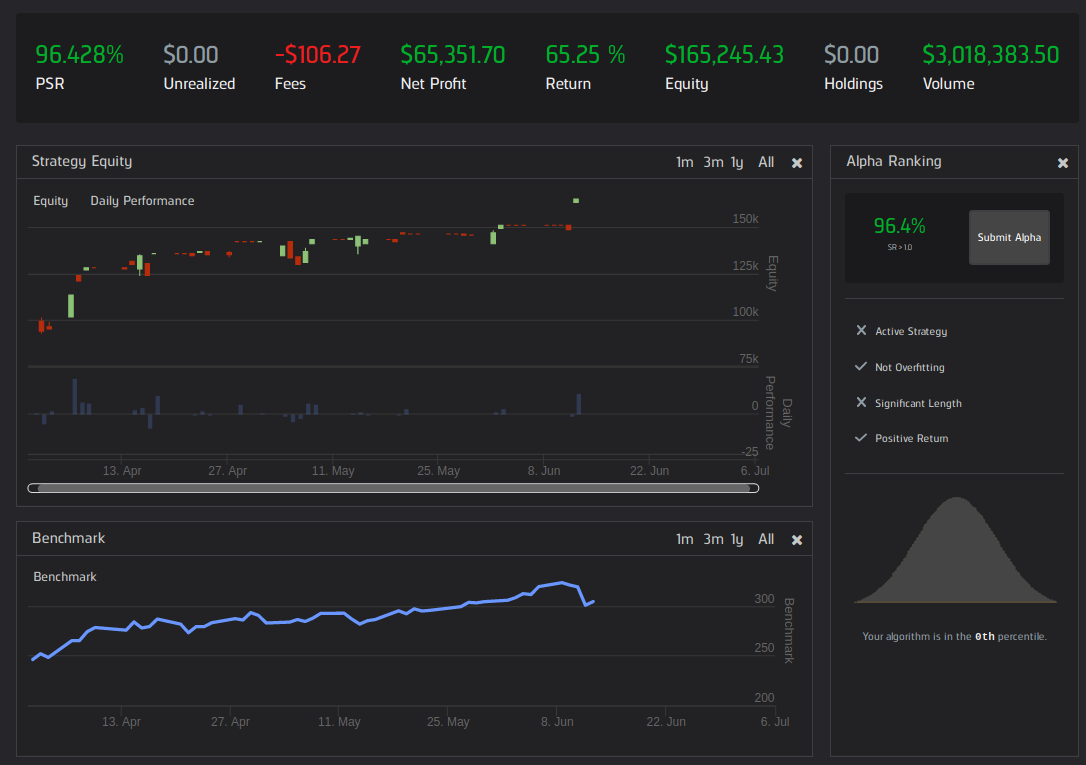 Screenshot of the backtest of the algo I describe below.

Since the market crashed in March of 2020 the rebound has been swift and irrational.

Boeing, for example, is in many ways worse off than it was in March. It’s clear air travel is plummeted and that airlines will impacted for years. Where will they get the money to purchase planes?

One thing I’ve noticed is that since the end of March you can basically just buy every dip and expect a pop, selling the next day. I mentioned this to a friend on Friday and decided to backtest it.

Well, sure enough it works!

I’ll mention I made one modification. Originally I wrote the system like so:

This worked OK. Great actually! It returned about 25%. But want to know what really kicked it up a notch?

Instead of just selling the next day, I only sell if the position is sitting at a realized gain. So e.g. if the next day its flat or drops another 1%, don’t sell it, just keep holding on until its up and THEN sell. Of course this is completely insane and you would have to expect the market to only go up, but that’s what has been happening.

Guess what? This simple system returned a whopping 65% in two-ish months. Yeah, I know, crazy.

Here are the raw trading logs: 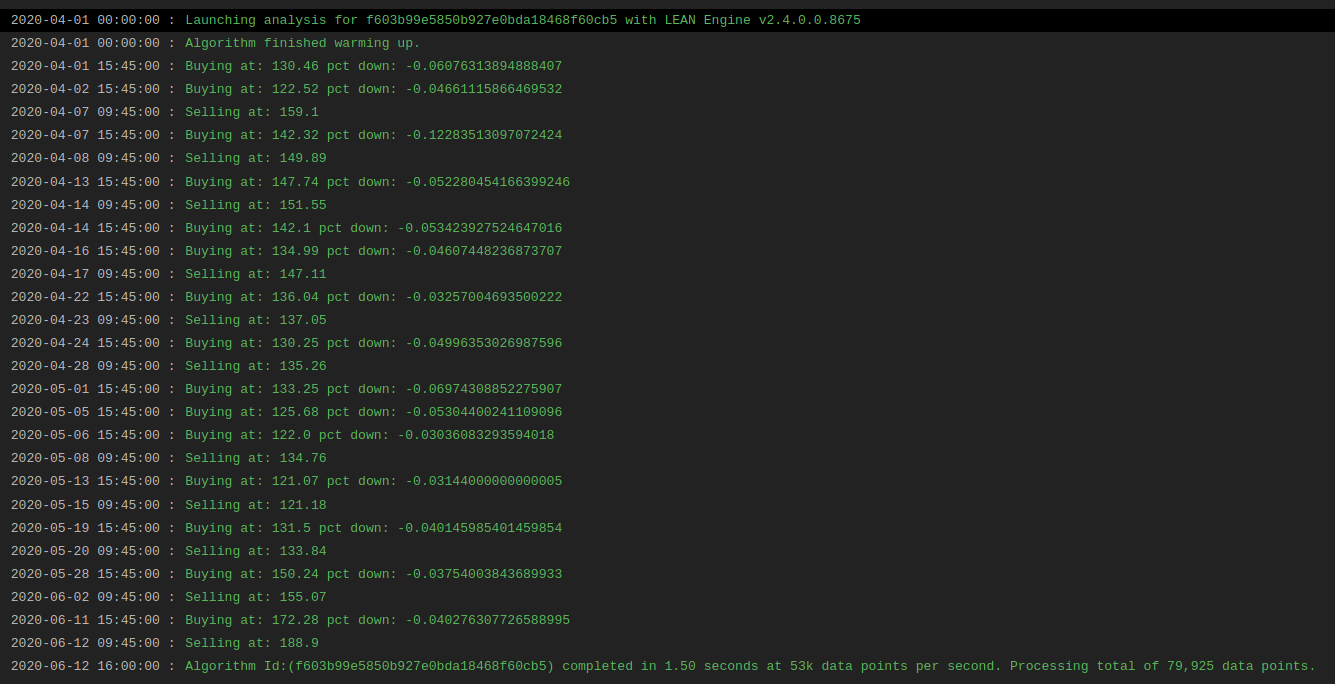 Here is the code

Here are the details of the backtest:

I wrote this little script on Quant Connect. The screenshot at the top of the page is the code, and the code below is everything you need to try this out:

Try the backtest yourself.

And, by the way, I’m just talking about running the backtest. This is not investment advice nor am I suggesting your actually do this. There are obvious risks with this, e.g. one day Boeing could just declare bankruptcy and the price goes down and never recovers. This is for entertainment only.